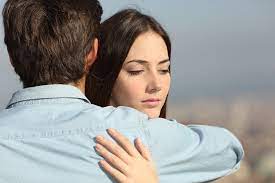 Can my Lansing domestic violence case be dropped?

If you face domestic violence charges in Lansing, MI, you may find yourself in the middle of an extremely sensitive and complex legal situation. The cases are often emotionally charged and legally frustrating for those being accused of domestic abuse. Having an attorney by your side that is familiar with these situations can prove invaluable and ensure that your reputation and freedom are aggressively protected.

Many individuals facing a domestic violence allegation often ask our law firm if there are situations in which the case could be dropped altogether. Contrary to popular belief, it is not up to a complainant to dismiss charges against you. That’s the prosecuting attorney’s decision. If law enforcement feels they have enough evidence of a crime, it is up to the prosecution on whether they should “drop the charges”.

To better understand why you must convince the prosecution to drop domestic violence charges, you must first understand how these cases are processed in Lansing. Due to this type of abuse being underreported and victims being manipulated to drop their complaints, state law allows prosecutors to act as the plaintiff in these cases. Once law enforcement gets involved in a domestic dispute and has ample evidence of a crime committed, they will arrest and charge the perpetrator of the abuse. In our experience, some police officers believe they have to arrest someone every time they respond to a complaint of a domestic disturbance.

Michigan State Police use specific policies and procedures for investigating alleged incidents of domestic violence. State law empowers law enforcement to arrest alleged abusers without the need for a warrant if there is reasonable cause or evidence that abuse occurred. This authority makes it possible for them to provide the victims with immediate relief from the violence being committed against them by the suspect.

Here is a quick overview of how domestic violence charges come about:

What if a domestic violence victim wants to drop the charges?

There are instances where victims and defendants decide to reconcile. Maybe the victim had only called the police and made accusations of abuse out of anger. Or, they did so to manipulate another court case in a different court, like a divorce with children. Whatever their reason, now the victim wants to drop all charges against the alleged abuser. Unfortunately, Lansing prosecutors rarely allow this request and will pursue a case against the defendant anyway. What’s more, in most of these cases there is a no-contact order that prevents reconciliation. Many judges order no contact without exception in these cases, even when it’s not in the victim’s or their children’s best interests.

Even if the victim goes to court and tries to change their story, prosecutors could then attack their testimony and claim they are simply trying to protect the defendant from conviction. This could lead a judge or jury to only rely on the victim’s original claim since it was made at the time of the incident occurring, and there wasn’t time to lie about what happened. Victims could also find themselves facing perjury charges, being accused of obstructing justice, or filing false claims if they try to change their story. We once represented a victim of domestic violence who was charged with filing a false police report after she recanted her testimony, even though her original testimony was the truth.

The bottom line is that victims cannot retract their claims or drop charges against their alleged abusers. Only the prosecution can make this decision.

How can you get domestic violence charges dropped?

The best approach to getting domestic violence charges against you dropped is to protect yourself from the moment the victim accuses you. Even if the plaintiff promises to get the charges dropped, understand they have no bearing on this decision. Situations where simple arguments got out of control can still have you facing serious misdemeanor or felony-level charges and jail time if convicted. Protect your rights and future by speaking with the aggressive defense attorneys of Coontz Law immediately if charged with domestic violence.

We have fought against false domestic violence charges in Lansing, MI, and throughout mid-Michigan and have vigorously defended against misconstrued circumstances by local prosecutors for years. Don’t hesitate to Contact Coontz Law today and set up a consultation to discuss your legal situation.