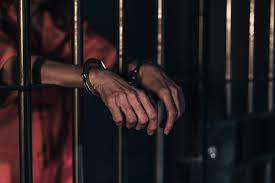 Involuntary manslaughter is the lowest homicide offense you can be charged with but still carries serious legal consequences. This area of law covers killings that are accidental in nature but were the result of negligent or criminal actions on the part of the defendant.

Current Michigan law levies significant prison time and fines against those found guilty of involuntary manslaughter. This can be especially tragic when involving family members because not only is a loved one killed, but another member could be locked away, serving time for many years. If you or someone you know has been charged with involuntary manslaughter in Michigan you must have a qualified criminal defense attorney representing you.

When faced with involuntary manslaughter charges, the prosecution must prove all of the following conditions without a shadow of doubt:

There are also specific circumstances listed in Michigan law that are considered involuntary manslaughter:

Many complicated circumstances will determine if you will face murder or manslaughter charges. Unfortunately, this area of law gets extremely difficult to navigate when involving unborn children and necessitates retaining legal counsel. By hiring a skillful criminal defense attorney with a successful track record of defending involuntary manslaughter charges in Lansing, you will have an invaluable resource of experience on your side. So, before speaking with law enforcement or prosecutors about the tragic circumstances of your charges, contact a lawyer first.

The primary characteristic that distinguishes involuntary manslaughter from murder under Michigan law is malice. State law defines this as the intention to kill or cause severe bodily harm to another human being. It also includes intending to act in a way that shows a willful disregard for human life and knowing those actions will likely cause death or harm to the victim.

Involuntary manslaughter charges shouldn’t be taken lightly. While you may not have intended to cause someone’s death, Michigan law will still hold you accountable in numerous ways, including prison time and stiff fines. So your best first step is to contact the best criminal defense attorney in Lansing, MI, to represent you from the moment you know you’re under investigation.

Not only can they begin immediately protecting your rights and prevent the prosecution or police from pressuring you into an unfair plea deal, but they can evaluate the evidence against you. You may be acquitted of all charges if it can be proven to the jury that it was a total accident that took the victim’s life. This is usually achieved by showing you didn’t commit any acts of gross negligence and that you weren’t responsible for the decedent’s safety. If you did commit criminal acts, your attorney could show the court that those actions in no way contributed to the victim’s death.

Even if you did commit involuntary manslaughter, the circumstances of your case and your attorney’s skills could possibly lead to a lesser charge like felonious assault. Don’t give in to the prosecution’s pressure tactics and speak with the criminal defense attorneys of Coontz Law right away. Contact us to set up a consultation!