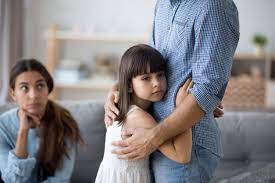 Domestic violence law can affect not just criminal cases but child custody matters in Michigan. While the Michigan Judicial Institute states that acts of physical, sexual, and emotional abuse are considered forms of domestic abuse, there are further acts outlined explicitly by the Batterer Intervention Standards provided by the state. Abusive actions can also include intimidation, economic exploitation, threats, stalking, and alienation/isolation.

Because the impact on your rights to seeing your children is significantly jeopardized if convicted of such charges, take allegations of domestic violence against you lightly. Contact a skilled criminal defense attorney right away. Even the mere accusation of abuse by an angry spouse can cause your reputation and custody case irreparable harm if not aggressively fought.

In situations where you face domestic violence charges, the allegations could lead to a personal protection order (PPO) being granted, which can interfere with your parenting time and custody rights. Even if the alleged abuse was not directed at your child, you stand to lose precious visitation and parenting privileges.

Lansing family court is like the rest in Michigan and puts your child’s best interests first and when awarding custody to parents. The Michigan Judicial Institute (MJI) doesn’t believe this is possible when domestic violence circumstances are at issue. And despite having both parents involved in their children’s lives is in their best interest, abuse situations often call into question the appropriateness of visitation by the parent accused of violence.

Being accused or convicted of domestic violence is not a guarantee you will lose your custody rights, but Michigan law does have instances where it cannot, including:

It is not far-fetched for a parent to use the other’s use of disciplinary spanking to constitute domestic violence against the child. A Michigan Appeals court recently sided with a mother on such a matter in Brown v Brown. The implications for manipulating such circumstances are far-reaching. This is why anyone being accused of domestic abuse charges while disputing custody must aggressively fight these allegations.

How serious are domestic violence charges in Lansing, MI?

Domestic violence includes acts of abuse committed by a spouse, girlfriend/boyfriend, family member, or another individual who shares the home. These charges could be a misdemeanor or felony action against the accused, and the circumstances of the crime will determine this in your case. An example would be a domestic abuse situation where one person claims the other’s violent actions seriously injured them. This would likely lead to a felony-level charge by the prosecutor, where a minor shove or slap might only be considered a misdemeanor.

Additional charges may also be pursued depending on what occurred and the harm caused to the victim. Other crimes that may happen during a domestic violence situation include:

These acts carry their own fines, sentences, and other penalties the court may order. You might also find yourself having to attend a protection order hearing filed by the alleged victim against you. Domestic abuse allegations also carry a stigma and can damage your position with the court regarding custody of your children. An audacious Lansing criminal defense attorney is your best resource for combating domestic violence charges and preventing subsequent actions that might follow if convicted.

When facing domestic violence charges brought by an ex-partner, there could be many reasons for their actions. In contested custody cases, they may not agree with how you discipline your child or are acting out of hurt. Regardless, your name and future relationship with your children are at stake.

Contact Lansing us right away if you are accused of domestic abuse. Our understanding of how these cases can spiral out of control and impact your life will prove key to building a solid defense.