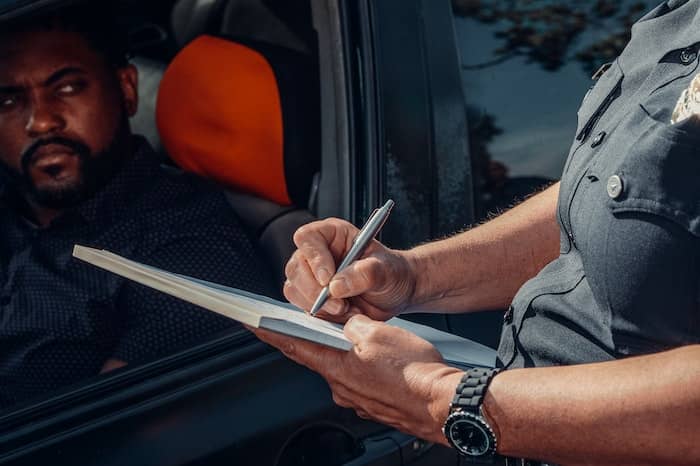 What Do I Do If I’m Pulled Over For DUI in Michigan?

If you’re pulled over for DUI in Michigan, what you say, and the actions that you take can make a world of difference in your outcome. Unfortunately, nearly all DUI stops in which drivers are intoxicated lead to arrest. If you were drinking before getting behind the wheel of your vehicle, and if you exhibit clear signs of impairment while speaking with officers, refusing to take a blood-alcohol test or a field sobriety test won’t necessarily prevent them from taking you in. The absolute best way to avoid Michigan DUI charges and the penalties they entail is by never drinking and driving. However, with the tips below, you may be able to limit the impact of these charges and the DUI consequences you ultimately face.

Pull Over in a Controlled and Reasonable Way

Even if you aren’t impaired at the time of your stop, it is still important to act calmly and with good discernment. Michigan police officers are constantly assessing drivers for signs of intoxication. They look for motorists who are:

Whether you’ve had a drink or two or have other reasons for exhibiting these behaviors, be mindful of the fact that officers are watching you carefully when you respond to their request to pull over. Making a hard stop, swerving, and getting over without signaling are all justifications for requesting a sobriety test. However, if you pull over in a controlled, reasonable, and calm fashion while obeying the rules of the road, you’ll have a much easier time proving that you haven’t been operating your vehicle while intoxicated. Conversely, if you have been drinking, showing an acceptable level of control when pulling over and parking your vehicle can play an important hand in showing that you weren’t as intoxicated as officers expected you to be. The collection of evidence against you starts long before you roll down your window.

Keep your emotions in check. Vehement arguments as to why you shouldn’t have been stopped aren’t going to change your circumstances for the better. Try to be as polite and as accommodating as possible without undermining your own rights. Share your driver’s license, registration, and proof of insurance as requested. Refrain from cursing at officers, raising your voice, or engaging in any other aggressive or disorderly behavior. There’s a time and place for aggressively defending yourself. It’s the courtroom, not the roadside

It is always in your best interests to refuse a field sobriety test. Even people who are absolutely sober can perform poorly on these tests. They are complicated to follow no matter what. After all, being pulled over for DUI in Michigan is bound to make you feel nervous, angry, or simply excitable. Mixing up your words, physically stumbling, or making other mistakes that prevent you from meeting the expectations of this exam are all things that can be held against you. There is no need to attempt to justify your reason for refusing. It is your right to do so. If you feel you must offer a justification, simply state that your DUI attorney has advised against it.

If You’re Offered a Preliminary Breath Test, Refuse It

Feeling downright flustered and nervous as the result of being pulled over for DUI is a good reason for refusing a field sobriety test, even if you are sober. Likewise, whether or not you have been drinking, it is best to refuse a preliminary breath test (PBT) as well. PBTs are often the nail that seals the coffin that is your arrest, so by refusing to take a PBT on the roadside, you give your future attorney a better shot at getting your case dismissed for there being an unlawful arrest. Refusing a PBT is not a crime, but it is a civil infraction that carries a small fine. It’s worth taking the fine if it helps you avoid a DUI conviction.

How a Measurement of Blood Alcohol Content Can Affect Your Case

The consequences of DUI in Michigan are based in part on whether or not a person’s DUI charge is a first, second, or third offense and on how intoxicated the party was at the time of the arrest. If a person has a blood alcohol content (BAC) of 0.08 or higher, they’re guilty of operating while intoxicated. However, if their BAC is determined to be 0.17or higher, the crime is still classed as an operating while intoxicated offense, but having a high BAC leads to more severe penalties. This is especially true for those who have been charged with DUI in Michigan before.

For all drivers below the age of 21, having a BAC of anything above 0.00 is a crime (although the person can be at up to 0.02 if they’re coming back from Communion). Finally, even if no record is obtained of your BAC at the time of your arrest, it is still possible to face charges for operating while intoxicated or, more likely, operating while visibly impaired (OWVI) based upon the evidence collected at the scene. Refusing the PBT, in many instances, often helps drivers qualify for this lesser charge and for the lesser penalties OWVI entails.

Use Your Right to Remain Silent

You have the right to remain silent. Choosing to do so is infinitely better than lying to officers. If you are asked whether or not you’ve been drinking, saying nothing at all is far preferable to telling a lie. Lies speak against your character, and much like the evidence that’s collected during breathalyzer tests, they’ll make it harder for you to fight your DUI charges later on.

What Are the Penalties for DUI in Michigan?

Michigan DUI laws and penalties are strict. Even for a first DUI offense with a BAC of 0.08, those in violation of the law will face a mandatory six-month suspension of their license (though you’d be able to get a restricted license after the first 30 days). With a first conviction, those determined to have a high BAC will lose their license for one full year (with a restricted license after 45 days, but only if you have an ignition interlock device installed in your car). A second DUI offense in Michigan can result in a mandatory minimum of five days in jail and up to one full year. Those who are charged with DUIs that result in loss of life or serious physical injuries and those facing a third DUI offense will be charged with felonies.

If you’re currently facing DUI charges, we can help. Our team can assist you in proving your innocence, fighting for a lenient punishment, or having your personal or commercial driver’s license restored. Call us today to schedule a consultation.