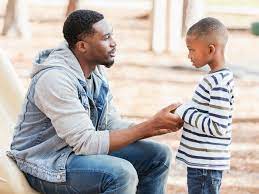 If you or a loved one are facing accusations of child molestation in Lansing, MI, the harm caused to your reputation and family is just the beginning. Those convicted of these severe charges often face extensive prison sentences, devastating fines, and lifelong registration on Michigan’s sex offender registry. Depending on the conviction, the Government might even be able to keep tabs on you for the rest of your life.

When accused of molesting children, there is a long list of crimes under this category of abuse. The severity of the charges brought against you will be determined by several factors, including:

The moment you know someone is accusing you of child molestation, you must contact an experienced Lansing sex crimes defense attorney right away. Don’t give up your rights or jeopardize your case by talking to the cops or submitting to a polygraph. Schedule a consultation with the highly skilled lawyers of Coontz Law first.

How is Child Molestation Investigations Conducted in Michigan?

When children or their parents accuse an individual of molesting the child, usually a report has been made to law enforcement. The alleged victim will be interviewed by a forensic interviewer who will follow strict guidelines and procedures when conducting the interview. Investigators are prohibited from asking questions that would be considered leading in nature.

Like any criminal charge, you have the right to confront those accusing you of going to trial. Your defense lawyer will question the victim’s testimony and defend your position by casting doubt on the facts and evidence presented in the case. We also know what to look for to make sure the forensic interviewer is doing their job the right way. We also often consult with expert witnesses who can give us even more firepower in the courtroom.

It’s not uncommon for courts involved in these cases to issue a no-contact order (NCO) against the accused to protect the victim from further abuse. If you are subjected to this type of restriction, it’s crucial you not violate it in any way. Doing so will result in serious consequences, including your bond being revoked and remaining jailed until your trial. There are even cases where defendants who violated their NCOs were later charged with witness tampering when discussing the matter with their accuser. On top of all this, Child Protective Services (CPS) will frequently get involved, and that is almost never a good thing. While we don’t handle those types of cases, we can get you to the right lawyer to handle the job.

I’ve Been Falsely Accused. What Can I Do?

Sadly, situations involving bitter divorces and custody battles frequently lead to false allegations in hopes of damaging the other party’s reputation with the court. Regardless of your innocence, if you are falsely accused of molesting a child, it’s vital to only speak with your chosen criminal defense attorney about the allegations. Talking to anyone else could lead to your comments being twisted around and used against you later at trial.

When you are placed under arrest, you aren’t required to speak with the police. Even if you are told it looks bad that you won’t discuss the case with investigators, understand you have your own rights to protect and always speak to an attorney first. Law enforcement undergoes special training techniques to coerce confessions and manipulate statements to build cases against alleged perpetrators. They often don’t care if you’re innocent and simply want to win their case.

Will I Have to Register on Michigan’s Sex Offender Registry?

Only those convicted of offenses like child molestation are required to register their status as sex offenders. How long one has to remain on this database depends on the circumstances and seriousness of their case. For truly severe sex crimes, many who are convicted will be registered for life.

Don’t Fight Child Molestation Charges on Your Own

The mere accusation of molesting a child can ruin your life. At Coontz Law, we understand the reputational, financial, and future damages caused by these types of charges. While you may think fully cooperating with the police is best, you could also make it easier for them to convict you falsely. Work with our Lansing law practice to defend your case and ensure that your rights are not violated during a complex investigation process. Contact us today to schedule a consultation to better assess the charges against you and determine the best next steps for your defense.

Made by LegalEase Marketing ©2021 All Rights Reserved.