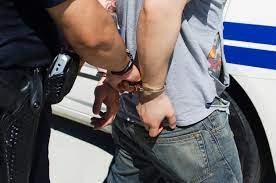 What are my rights if I’m arrested while protesting in Michigan?

With the 2020 protests over the death of George Floyd in Detroit, Flint, Lansing, and Grand Rapids, the treatment and arrests of peaceful protesters have come into sharp focus across the nation. While many of these events started out peacefully, police still found reason to arrest hundreds of people.

If you or someone you know plans to attend a protest in the Lansing area or were arrested during such an event, it’s essential to know what rights you have. We have had the privilege of representing one BLM protester pro bono, and we know what needs to be done when the Government wants to protect buildings more than Black lives.

Know your rights before you attend a Michigan protest event

It’s well known that The First Amendment protects your right to free speech and peaceful assembly, but this doesn’t stop law enforcement from restricting these guaranteed freedoms in our Constitution. Their justification for trying to control and disperse protests is to protect local citizens and property from harm. When you attempt to interfere with their attempts to impose limitations on these events, they might just find a reason to arrest you, whether it’s justified or not.

Know where you can assemble to protest

Usually, protesters are allowed access to hold their events in public places like a park, a sidewalk, and in front of government buildings. There are even instances of marches being held in the streets, but there is a caveat to this freedom: you cannot obstruct or interfere with access to the property you’re protesting at.

Find out if a permit is required

Generally speaking, you don’t need to obtain a permit to exercise your constitutional right to free assembly and speech. However, if your group is in the street blocking traffic, the police may ask you to move out of the way to allow others to pass. If you get a permit from the city to block off a specific public area, the police should not be able to interfere unless there is evidence of a riot.

Be careful about protesting on private property

If you want to hold a protest on your own private property, you can make your own rules (as long as you don’t violate local noise ordinances). However, if you are out in a public space and your event spreads out onto personal property you don’t own, the owners could ask the police to charge you with trespassing. Therefore, always seek the owner’s permission if you intend to access their property.

Can I take photos and videos of the protest event?

When protesting in a public space, you can photograph and video anything within plain view of your camera. This includes recording officers’ movements, their vehicles, and even the outside of federal buildings you might be demonstrating at. Law enforcement doesn’t have the authority to interfere with you documenting their interactions with the protest crowd, but it doesn’t mean they won’t try.

Even though you have guaranteed free speech rights, what you say to law enforcement can lead to charges. There is a line you shouldn’t cross when speaking to officers at the protest. Any threats of violence or speech used to incite a riot can give them grounds to arrest you. They know you are frustrated and expressing yourself, but the police will take advantage of your heated emotions and angry words. You have a First Amendment right to flip them the bird, but it doesn’t mean you should exercise that right.

How to react when police disperse a crowd of protesters

Your right to free assembly means that law enforcement should not try to disperse your gathering unless there is a clear danger to public safety. This usually means there is unmistakable evidence that a riot is about to break out or some other severe incident and/or threat.

When officers give an order for your protest gathering to disperse, they must give everyone a chance to comply. The police must also inform attendees that failing to leave when ordered could lead to one’s arrest.

What to do if arrested at a protest in Michigan

If arrested at a protest in Michigan, the most critical action you can take is to keep your hands visible and stay calm. Resisting the arrest or obstructing their efforts to do so is unwise, even if you feel your rights have been violated in the process.

When they first stop you, ask if you are free to leave. Sometimes officers will say yes simply because they want you to leave the area. However, if you are told no, you can calmly ask why but avoid appearing combative. Follow their instructions and don’t speak any further since anything you say can be used against you. When you have the chance, request to get an attorney.

Were you arrested at a protest?

If you or your friends plan to attend a protest in Lansing, MI, have a criminal defense attorney on speed dial before you go. If you have already been arrested and charged with crimes related to the event, such as rioting, making terroristic threats, or vandalism, contact Coontz Law right away. We provide experienced and highly skilled criminal defense services for protestors and activists. We love fighting for the First Amendment rights of Lansing residents a while now. Contact Coontz Law today and set up a consultation to discuss your legal situation.