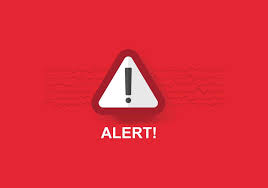 Incidents of students committing violent shooting rampages at schools and assaulting classmates they feel bullied by are far too commonplace in Michigan and other states throughout the U.S. Educators, law enforcement, and parents alike struggle to find ways to combat this epidemic in school hallways. As the parent of a teenager, you may have even had firsthand experience with your own child lashing out after an upsetting experience while in class.

It’s important to understand that in Michigan, it’s illegal to make threats of violence. For youth who do so, this could lead to them serving time behind bars, even if they were simply venting their anger and had no intention of committing a heinous act. Believe us, we’ve seen it. Making a terroristic threat is a felony under state law. If your teenager has gotten into trouble for committing this crime, it’s crucial to retain a skilled juvenile defense attorney right away.

When someone makes a terroristic threat, they are in direct violation of the Michigan Anti-Terrorism Act and can face up to 20 years behind bars for their actions.

This law defines these threats, and false reports of terrorism, as the following:

As you can see, if your child had no intention or ability to commit a terroristic act, it won’t matter under this statute.

So, what constitutes an actual terroristic threat? Unfortunately, state law uses a very broad and all-encompassing approach to its definition. Anyone who commits an act of terrorism is guilty of all of the below:

Anyone charged with this serious crime could receive a prison sentence of up to 20 years and a $20,000 maximum fine. These types of consequences underscore the importance of working with a compassionate juvenile defense attorney like those at Coontz Law. Your child’s life could be changed forever, opportunities lost, all because of a comment made in the heat of the moment at school. Unfortunately, youth can be impulsive, and our team will ensure that your son or daughter gets the second chance they deserve.

What if my child brought a weapon to a Michigan school but didn’t plan to hurt anyone?

It’s essential to look at this from the point of view of school officials and law enforcement. There is no way they can know for sure what your child’s intentions were when bringing a weapon to school. The primary goal of the police is to prevent tragic circumstances from taking place by investigating the known facts of your case. If your child had previously threatened to bring a gun to school or to go on a rampage against those who caused him harm, showing up with an actually loaded firearm establishes intention in the minds of the authorities.

Generally, it’s illegal for anyone under 18 years of age to possess or control a firearm in the state of Michigan. This fact will compound the issue of any threats your child has already made, as well. Even if your child was trying to make an outrageous prank video for their YouTube channel, these charges could ruin their future prospects in life if convicted.

Making terroristic threats is not a joke in Michigan

If your child was recently charged with Making Terroristic Threats, they need to understand that this isn’t a crime where they can simply apologize to authorities, and it goes away. This is a serious offense that can involve not just state but also federal charges depending on the circumstances of their case!

Thoughtless comments in a moment of anger can change the course of their lives and your own. Speak to one of our attorneys to determine how you can protect your child’s rights and future by fighting these charges. We have audaciously defended juvenile crime in Lansing and can provide you and your child with sound legal representation. Contact us today and set up a consultation!