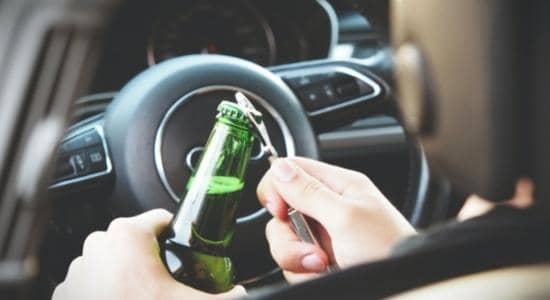 Penalties for Underage DUI in Michigan: The Legal Consequences of Teen Drinking

Underage DUI laws in Michigan prohibit drivers under 21 from operating a vehicle while under the influence or possibly impaired by drugs or alcohol. So, drivers under the legal drinking age of 21 can be convicted of an underage DUI either of the following ways:

Driving under the influence (DUI) of drugs or alcohol is always a serious offense. But when teens are involved, the charges can be even more severe. So, if you or your child is arrested for underage DUI in Michigan, you’ll need a skilled criminal defense lawyer to help protect your rights. There’s no substitute for the advice and support of a knowledgeable lawyer.

Michigan is a zero-tolerance state, meaning minors under 21 are not allowed to drive with any alcohol in their system. Therefore, a juvenile or adult under 21 can be charged with underage DUI for any amount of alcohol in their blood, even if the alcohol came from a fermented drink (like kombucha) or cold medicine.

If driving back from Communion, teens can be charged with a DUI for a BAC as low as .02. To get your BAC that high, though, you’d almost certainly have to be drinking at least half a glass of merlot. While the Blood of Christ may atone for your sins, it is not a legal defense in our criminal-legal system.

A DUI in Michigan is legally referred to as Operating While Intoxicated (OWI) (although most people still say DUI). Certain circumstances might lead to an OWI or Operating While Visibly Impaired (OWVI) conviction.

If you drive with a BAC of greater than Michigan’s 0.08% legal limit, you may be charged with OWI, which is a misdemeanor offense. For those under 21, zero tolerance means you’ll be charged with an OWI-related crime even if a trace of alcohol is detected in your system.

You may be charged with OWVI if the police feel that it’s obvious you’re incapable of driving a vehicle safely. This is regardless of BAC level. An OWVI is still a misdemeanor but has lesser penalties, so it’s often a good idea to plead a regular OWI down to an OWVI Still, if you’re only charged under the zero-tolerance law, your best bet may be to just plead as charged.

What Are the Consequences of an Underage DUI Conviction?

Underage DUI penalties can vary in severity based on a range of factors. Like adults, minors can be subject to jail time, fines, loss of license, and a dent in their records. It’s therefore essential to hire a knowledgeable criminal defense attorney so that a single mistake doesn’t affect the rest of your (or your child’s) life.

Convictions for first-time underage DUI charges include the following:

Second Conviction (and Beyond)

A second-time underage DUI charge (or a DUI within seven years) may attract the following:

No matter if this is your first underage DUI or your third, it’s essential to work with a DUI defense lawyer in Michigan. Michigan severely punishes those convicted of any DUI offense, irrespective of age. A criminal lawyer will increase the chances of avoiding harsh sentencing.

Those charged with underage DUI can also experience long-term effects on their records, meaning a DUI conviction can affect their quality of life later on, especially regarding job opportunities. A DUI conviction can potentially disqualify someone from their chosen career field. And although some employers can accommodate people with previous DUI convictions, the government may not be as forgiving. In some cases, the federal and state statutes may prohibit the issuance of certain licenses. This can be limiting to those looking to be doctors, commercial vehicle operators, pilots, captains of ocean-going vessels, etc.

An underage DUI conviction can also affect one’s academic and educational opportunities. That’s because many universities, colleges, and educational institutions won’t accept students with a record that reflects poorly on their character.

Drunk driving is a severe criminal offense. But as with any other criminal charge, a minor is not guilty until proven so by the state. A criminal lawyer in Michigan can use a range of defenses against underage DUI charges that could lead to the dismissal or acquittal of the charges. Here are some examples of potential defenses that your lawyer could use:

An experienced underage DUI criminal lawyer in Michigan will investigate everything surrounding the case to collect evidence. They will then use the evidence to develop a defense strategy that will give you the best chance of reducing or eliminating the underage DUI charges.

Reasons to Hire an Underage DUI Defense Lawyer in Michigan

When the police pull over minors, they will likely submit to BAC tests and answer questions. Sadly, this information can incriminate the minor. An underage criminal lawyer can ensure that the minor and their parents don’t provide more incriminating evidence to the authorities.
Not only that, but the lawyer will explain the rights of the minor and what to expect from the criminal justice process. They will also offer support and legal representation to ensure the minor gets the best possible outcome.

Our Michigan DUI lawyers will take any measures necessary to help you fight for your rights and future. Two of our core values are Audacity and Results, and we have the know-how what it takes to deliver that for you and your family. Contact us today to get started with a free case evaluation.