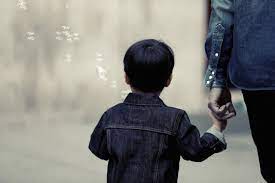 In Michigan, child pornography is described as child sexually abusive material. This is a felony and can put you in prison for a long time, and is frequently charged in conjunction with other internet crimes.

If you or someone you know is currently under investigation or has been charged with this crime, contact a qualified sex crimes defense attorney immediately. These cases often require extensive analysis of the evidence and scrutiny of how it was obtained. Any delay in getting legal counsel could not only jeopardize the outcome of your case but also impact your rights.

Those caught possessing, producing, or distributing child sexually abusive material are dealt with in the harshest manner possible under Michigan law. Not only could you find yourself in prison for up to 20 years, but you could be paying fines of up to $100,000. The severity of your sentence often depends upon the circumstances of your case.

Below are common sentences that a conviction might receive:

Possession: If you knowingly have in your control or try to gain access to child sexually abusive material, you have committed a felony. For each instance, you could receive a maximum of four years in prison and fines of up to $10,000, or both. If the material depicts prepubescent children, it is considered “aggravated” possession, which carries a maximum prison sentence of 10 years and maximum fines of $50,000.

Distribution: This is also a felony with prison time ranging up to seven years and fines of up to $50,000. For “aggravated” distribution, it’s 15 years and $75,000. You are guilty of this crime if you knew, should have known, or had reason to know that:

Prosecutors will sometimes also try to get creative and charge you with aggravated child sexually abusive activity in these instances, which carries a 25-year max.

Production or Creation: This only applies under the same conditions as distribution of child sexually abusive material. Those convicted can serve up to 20 years in prison and pay a fine of up to $100,000, or both. Again, though, a prosecutor might try to charge even more aggressively by saying this was aggravated child sexually abusive activity, which raises the maximum sentence by five years.

What if a computer or the internet was used?

In cases where you used the internet or a computer to access, distribute, receive, or produce child sexually abusive material, the prosecution can add an additional crime to your charges. Using a Computer to Commit a Crime in Michigan has its own sentencing possibilities, which can be increased depending on the underlying crime involved. For example, if you were also charged with distributing child sexually abusive material, you could potentially receive an additional ten years in prison for this crime. In our experience, prosecutors will add these charges every opportunity they get.

Usually, anyone convicted of child sexually abusive material charges will have to register on the Michigan Sex Offender Registry after completing their prison sentence. This is a public database and can be accessed by anyone running a criminal background check on you for housing, employment, and other purposes.

The registry is in a state of flux right now because of lawsuits, court orders, and new legislation, and we’ll talk about all of that in another post. What you need to know about the sex offender registry is that it’s burdensome, damning to your reputation, and a way for the Government to continue to exercise control over you.

Failing to comply with these requirements will result in additional criminal charges being brought against you. The impacts of potential prison time, stiff fines, and the public scrutiny you will suffer demands you hire a skilled attorney to defend you against child sexually abusive material charges.

Facing allegations of merely possessing child sexually abusive material can ruin your life overnight. You could lose your job, damage family relationships, and potentially lose your parental rights to your children if convicted of this crime in Michigan. Individuals accused of committing this crime need a highly skilled attorney from Coontz Law to protect their rights and build a solid case based on evidence and investigation. Contact Coontz Law today and set up a consultation to discuss your legal situation.